The first time the art of collage entered my awareness was when I attended a poetry event by the late James Broughton on the Sausalito houseboat where the renowned collage artist Jean Varda had lived. Mr.Varda passed away in 1971, a year before I came to San Francisco. Years and years later, perhaps around 2010, I started making collages with my two artist friends, the maestro Gustavo Rivera and the irrefutable czar of collage himself…Matt Gonzalez.

I am a member of the San Francisco Collage Collective and have been making collages with the two of them and other artists at Gustavo’s studio. I must say that during those sessions, we are like dedicated Benedictine brothers, silent in focusing on our work while gingerly enjoying the wine and tequila beverages.

In 2012, I told Matt that I was visiting Burma and would like to conduct a class on collage making with emergent young Burmese students.

My friend Ko Aye Ko, the founder of New Zero Art Space was quite thrilled with my proposal. I am an advisor at New Zero Art Space and had supported it tremendously through my non-profit organization called FOMA (Friends of Myanmar Arts).

It was indubitably a premier class for collage making in Myanmar; a five days workshop with each session lasting about three hours.

The first day was an introduction to collage and a slide show comprised of the work of my fellow collagians of SFCC.   I also included the work of my wife Roberta to assure the young green attendees that a first timer can accomplish magic if done with much aplomb. Three days were spent on the actual making and the last day was for critique, followed by questions and answers about everyone’s work. The average age was mostly under sixteen although it was open to all ages.

That year was particularly captivating because it was a nascent time of democracy in our land, which had been oppressed by military rule for half a century. Daw Aung San Suu Kyi, after fifteen years of house arrest had not only gained freedom, but had also been elected to a seat in the lower house of the Burmese parliament.

You can see for yourself in their work, the light of hope that had begun to glimmer at the prospects of their good future, the yearning for security, health and happiness, the curiosity for the 21st century evolution in technology, the praise of the woman paragon, but above all, they were happy to be doing something completely different and cheery, under the tutelage of an avuncular teacher. 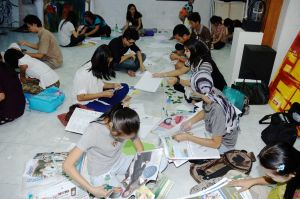 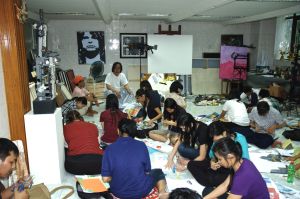 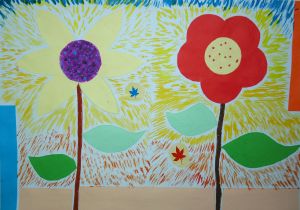 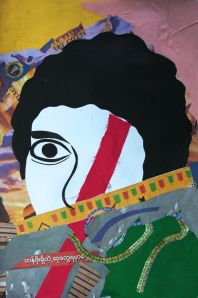 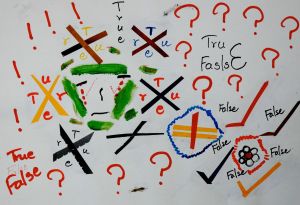 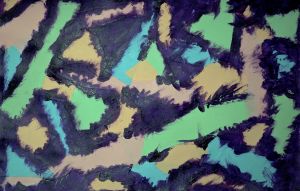 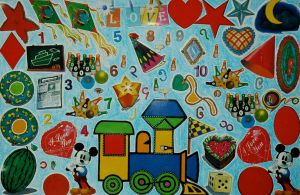 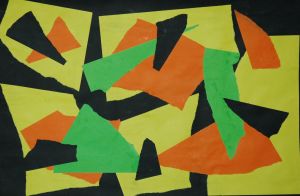 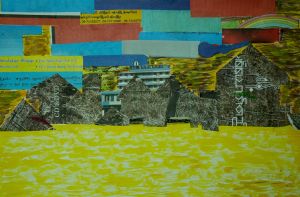 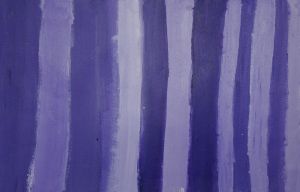 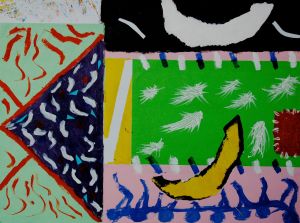 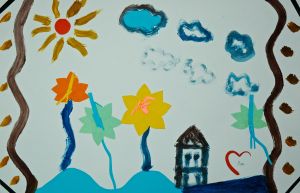 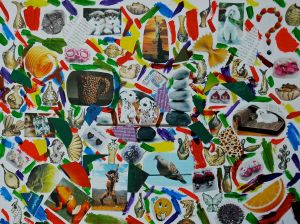 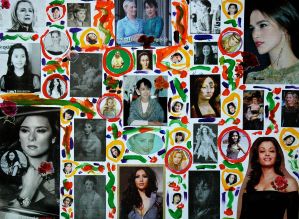